6 Myths About Buying a JDM Car 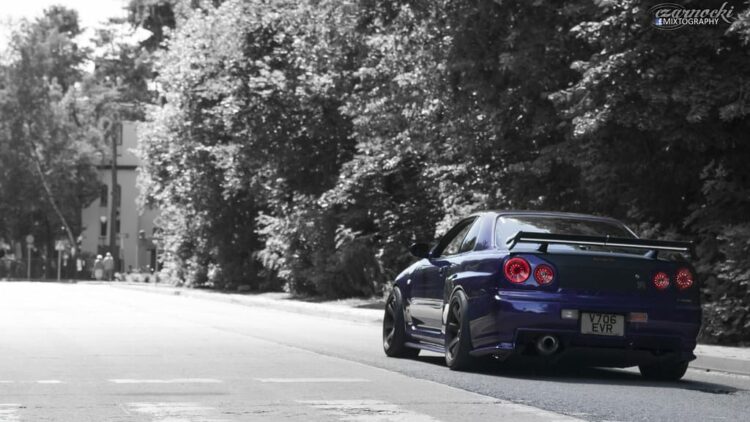 6 Myths About Buying a JDM Car

At the best of times, buying a used car from someone down the street can be a daunting endeavour. But at least you can inspect the car you’re hoping to purchase and you can look the seller in the eyes before doing so.

So what happens when you find a used car originating overseas – in this case, Japan – and it just happens to fit your wish list almost perfectly?

Despite what you’ve seen and heard (and maybe experienced) about Japanese consumer markets, such as their work ethic, top-quality manufacturing and commitment to product perfection, you still need to do your due diligence when buying a JDM car.

Sure, Japanese cars of all makes and models are well-known to be efficient, durable and value-retaining products. But before you decide to jump into the vast waters of JDM car buying, make sure you take to heart the following myths – and memorize their corresponding truths:

Myth 1: JDM auction sheets are free of omissions and errors.

You wouldn’t buy a used car in Canada simply based on the seller’s listing. So why would you assume it’s any more reliable or detailed from a used car auction house on the other side of the world? In fact, JDM sellers often omit minor details, like engine rust or minor body dents, because it’s considered part of the car’s ageing process. They’ll assume you understand this.

When buying a used car in Canada, it’s common practice for the buyer to look for cars with low mileage; this is usually coupled with the car’s year of manufacture. Obviously, in North America, the lower the mileage of a used car, the less wear and tear it’s sustained from being driven. With JDM cars, this isn’t necessarily the case.

Consider this: Any vehicle purchased and imported to Canada from a country other than the United States must be a minimum of 15 years old from the month/year of manufacture. If you’ve found a JDM car listed with unusually low mileage, remembering it’s at least 15 years old, you can either continue your inquiry into this vehicle (with caution) including a bumper-to-bumper assessment – low mileage JDM cars have been known to surface now and then – or you might want to keep looking. As the expression goes, if it’s too good to be true, it’s probably because of the next myth.

The unfortunate truth is that approximately 80% of JDM cars have incorrect odometer readings. By law, Japanese cars must be registered every two years. If you’re going to buy a car from Japan, you’re better off investing a little more to find out what you’re really buying.

In a 15-year-old car, there’s likely a paper trail of registrations, allowing you to verify the (approximate) true mileage. Even if a reputable Japanese seller provides documentation for a car that looks like it just rolled off the line, do your own due diligence on it. As in the previous myth, a bumper-to-bumper report or inspection, ideally through a reputable third-party service, is one way to verify what you’re getting. Check out JEVIC as a good starting point.

This is as good a time as any to get into the next myth about JDM cars.

In Canada, before buying a used car, it’s pretty simple to obtain that car’s history. For less than $100, a service like CARFAX Canada can generate a report detailing a used car’s accident and damage history, any unrepaired recall information, money owed on the car (liens), and others to help you make an informed purchase.

It’s not so simple if you hope to buy something from Japan. You may be surprised to know that many of these severely damaged cars, which would be considered unsaleable in Canada or the United States, are minimally refurbished by auction houses and sold as mechanically stable and generally safe to drive. It’s even noted as such in their supposedly forthright auction sheets. In reality, they’re rolling deathtraps on tires!

As in the previous myth, you should definitely invest in a service or hire an expert in JDM sales to verify everything about the car you have in your sights.

Myth 5: All JDM sellers grade their car inventories on a standard regulated scale.

As in the Canadian used car market, JDM car grading systems vary from auction to auction. Do your research, or hire someone to help you with that. Never take a seller’s rating at face value. Where engine corrosion might lower the rating in one house, it may be completely ignored by others who are less than truthful about the condition of their inventory.

Google might be your best resource when researching a used JDM car, but having someone physically inspect on your behalf is the safest route to a sound purchase.

Japanese car owners treat their cars like trendy accessories. As such, they do take care of their cars esthetically, but as soon as something under the hood starts to fail, they’ll opt not to incur the expense to fix it – they’ll sell it the first chance they get.

As a cultural phenomenon, the same could be said for auction houses that are trying to offload their inventory. They’ll do the bare minimum esthetically to make sure the car looks good online, but under the hood is a whole different nightmare. This is true “buyer beware”.

Are you sufficiently nervous about buying a JDM car? Don’t be. It can be a viable option if you’ve still got your eyes on that well-priced, fully-loaded, HG45 LandCruiser. Being vigilant about details and resourceful in finding the right help to get you those details can make all the difference when buying a used car from a foreign market like Japan.